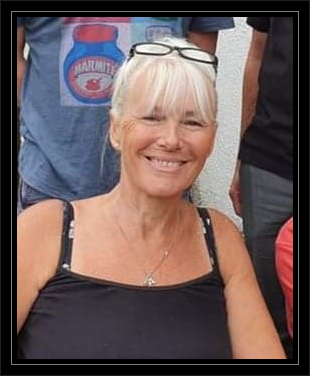 Continuing with a packed year as promised, here is another opportunity to have a fun day showing your frenchies, whilst also supporting another breed judge. We will be holding a member’s limited show, being held in conjunction with Horley & District Canine Society at Ardingly Showground,Haywards Heath, Sussex RH17 6TL. There will be plenty of free parking at our own ring side, along with catering provided by the venue. Judging for our show will commence once the 4 classes of French Bulldogs have been judged as part of the Horley show, so 2 shows, 2 judges and twice the fun! The club limit show has 12 classes, 6 fordogs and 6 for bitches. We will have some exclusive rosettes for the winners, along with prizes and a champagne draw.
Angela Mitchell (Valdosta)
According to my parents, I was passionate and fascinated by breeding. I started with hamsters and was amazed at what was produced. I took a real interest in obedience from the age of 11 and trained every dog in the neighbourhood I could get my hands on. I was allowed my first dog, a cocker spaniel, aged 11 and he and I reach a & b level. At 19 I took over my own obedience club, 3 evenings a week and my interest in showing started shortly after. I handled many breeds for other people and loved it. I then started a ringcraft training club, it was there I met Rob McDonald, which led me to settle on the French Bulldog as a breed. My first puppy was Spandapa Tanto Tia in 1998, she was the most wonderful, enthusiastic, show girl and eventually produced 3 self-whelped litters for me. Pat Wilson allowed Wilcott Vivaldi Valdosta to come to me in 2002, he was a beautiful dog, but hated showing, but despite this he did very well for me achieving a CC and Best in Show at M&NCFBC in 2004 and a reserve CC before I retired him.
He didn't really take to stud work but did produce some quality pups that are behind breeding of today.
I also achieved cc's and res cc's with Valdosta Heard a Rumour and La Vida Valdosta, the latter was co bred and owned with Rob McDonald. Unfortunately, while achieving some success in frenchies, I became very concerned by the sudden amount of unscrupulous people purchasing the breed and crossing for NRC for profit.  I decided to cease breeding as I was too concerned finding trustworthy homes.
Since this time, I have always kept an interest in the breed and eventually Shetland sheepdogs came into my life. I have judged the breed on a number of occasions and I am really looking forward to judging for the French Bulldog Club of England in August